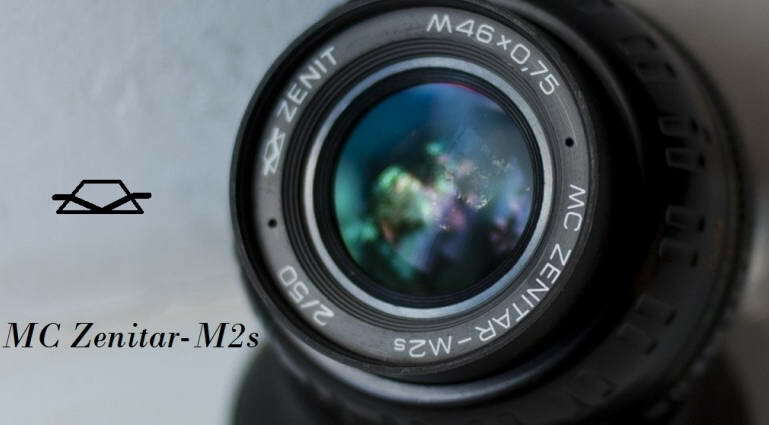 Standard lens for Zenit 212, 312 and 412 cameras. The latest budget 50mm lens produced by KMZ. Already at the end of the 80s of the twentieth century, the Krasnogorsk people had an understanding that it was necessary to replace the standard Helios-44M- (X) with a more advanced lens. As you know, there were two lenses that claimed to replace the Helios-44. MC Helios-77M 50 / 1.8 - Jupiter plant and MC Zenitar-M 50 / 1.9 - KMZ. The first one was a logical continuation of the old 44 with a higher aperture ratio. And the second used a different, more perfect optical scheme. Both fifty rubles suffered the same sad fate, they are too expensive in production. It needed high precision assembly, higher grade glass and more time to assemble the lens. At the exit, the price was high, the demand was scanty, the goods were produced at a loss. As a result, the production of Zenitar 50 / 1.9 lenses Helios-77 50 / 1.8 was abandoned. Helios-44 continued to be a staff for Zenith cameras up to model 122 inclusive. The issue of replacement was relevant, for which the most acceptable option was selected on a competitive basis. First of all, the lens should have higher technical characteristics than the MC Helios-44m-X. Secondly, expensive materials (high grade glass, metal ... as little as possible) should not be used in the production of the lens. Thirdly, the optical design must provide high image characteristics with maximum manufacturability, while allowing low requirements for tolerances. This is very important, since the spread in optical qualities from specimen to specimen for the same Helios -44m- (x) was enormous.

Lightweight, cheap plastic has taken the place of strong and reliable metal. From which the reliability of the case is zero. The fit of plastic parts varies from lens to lens. There is a very pleasant, well-coordinated copy on hand, without jamming and backlash, but there is a complete opposite. Both suffer from temperature conditions, manifested by light mashing in frost or backlash of moving parts at high ambient temperatures.


It has become more difficult to focus on the subject. The focusing ring is made in the form of a cone, it is difficult to grip firmly with two fingers, since slippery plastic makes itself felt. It has grooves so that fingers do not slip, in practice this is not enough. In winter, it is almost impossible to focus with gloves. Focusing from lock to lock takes about three finger interceptions, or 205 degrees. When I tried to slowly and smoothly visit the object, I noticed that I was focusing in jerks. That is, there is no question of smoothness of movement, it may not be possible to hit the target immediately.

Replacing the native lubricant did not help, the plastic guides rub in the furrows. They are made of soft plastic and can be broken inadvertently during research. The backlash is caused by them, since one of them walks too tightly in the guide coil, and the second, on the contrary, is free.

A similar story with the diaphragm setting ring. When changing the aperture value, we pinch the ring with our fingers, and it, in turn, is tightly pressed against the body of the lens. The harder we press, the more difficult it is to turn the ring. It can be switched in steps, with intermediate values ​​of the diaphragm closing.

The mechanics of the diaphragm drive remain reliable. The diaphragm responds clearly to the position of the diaphragm ring. Six petals form a hexagon, a nut. For a budget lens, having only six tabs is the norm. But here the shiny surface on the petals requires blackening, stingy once again.


In some instances, instead of the usual nut, the hole formed by the diaphragm resembles a flattened hexagon. The petals themselves are covered with a substance that reflects light very strongly, almost like a mirror.

With the aperture wide open, the lens is sharp enough. At the edges, the sharpness is average, but not soapy and quite acceptable. If there is a sun in the frame, the picture becomes a little with a soft effect. In most cases, the hood saves from side flares, but from direct hits of light rays, multilayer enlightenment with a green tint is designed to help out.

At an open aperture, the contrast is average, it seems that the picture is monotonous.

But it is worth closing the aperture 2.8 -4 ... the lens becomes contrasting, sharp throughout the field.

The bottom line is that the optical lens is good. It is capable of working in difficult conditions, the lens holds side flares tolerably, the hood decides a lot, the counter one at an open aperture holds but weakly. MS enlightenment is good and does not spoil the color rendition. The resolution is excellent, especially at apertures from 2.8 to 4.0.

On the other hand, Zenitar-2 is a plastic rattle, only a word remains of reliability. The focusing ring travel is disgusting, the inner parts of the plastic are rubbed along two guides.

In general, the picture is stabler, since the optical scheme forgives many production costs. But the quality of the fit of the plastic parts floats.

At the moment, the price tag has been excessively inflated upwards. for the same money it is more important to take Zenitar 50 /1.7.