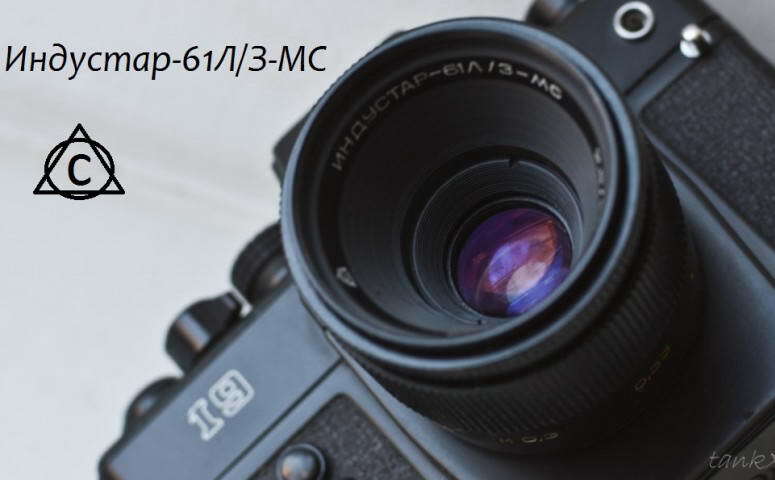 The Industar lenses used the Tessar optical design. Therefore, they should be, if not the same, then very similar. It's about not quite the usual Industaro-tessare. Industar-61 L / Z calculated by academician G. Slyusarev and V. Sokolova. L / Z - in short, in the USSR for a mass lens, namely Industar-61, for the first time they began to massively use super-heavy glass crowns, STK-6 or Lanthanum. Do not think that all the lenses of the lens are made of heavy glass; in this situation, the Patzwell conditions will not be met. Namely, the positive lenses, in our case there are two of them, should be from a heavy type of crowns. The other two lungs are flint varieties. Crowns have a low refractive index and high dispersion. Flint, on the contrary, high refraction, low dispersion. The role of heavy crowns was used by the relatively rare lanthanum. Which is twice as heavy as regular glass in equivalent dimensions.


Simplicity is the key to success, there is no jump rope in the lens. The diaphragm is controlled directly by the ring, without springs or levers. Hence the flawless operation of the diaphragm, which is not something that does not break and does not stick like in the Tessar zebra. For convenience, the lens features a reliable aperture presetting system. Essentially a diaphragm closure limiter.

The focusing ring is wide, fingers grip it confidently. The movement of the helicoid is smooth, they did not spare the lubricant ... It really oozes from all the slots, its traces are visible on the back of the lens, and it is present on the diaphragm itself. In short, they overdid it or did not think at all what and where to press in. The turn from infinity to the minimum focusing distance is a little more than one full turn, about 380 degrees ... In general, the paradox is that the lens makes a swing from infinity to 0.30 meters of the passport minimum salary and beyond. In fact, it scrolls to infinity and further to a value of 2 ... This is about 0.27 meters. Although the minimum wage floats from copy to copy. Combined with the enormous travel of the focusing ring, this feature will be very useful for those who like to shoot close-ups. It's hard not to mention the lens barrel, it also serves as a hood, the front lens is set very deep inside. So side flare is excluded altogether.


Depending on the year of production, the color of multilayer coating differs, from purple in the first options to green in the subsequent ones.

During the operation of the lens, it turned out that Industar-61 L / z is very picky about the quality of lighting. In low light, the contrast drops, the picture is gray and unattractive. In order to save what happened, you have to pull contrast and sharpness during post processing.

There is another side of the coin, at a distance of up to half a meter, the lens does wonders. With more or less normal light, a good result can be achieved.

The contrast is high, sharpness in the center of the frame when open is excellent, but at distances of up to a meter, the depth of field of the object is very small. Starting at aperture of 4.0, sharpness across the entire field is excellent.

Industar-61l / z-MS is a full-fledged killer. Large spiral travel, minimum distance 0.27 meters, excellent sharpness throughout the field, starting at 4.0. It will not work in portraits, all skin imperfections will appear, additional post-processing has been added. But it is a pleasure for them to photograph flowers.

There is a rangefinder version of Industar-61 L / Rangefinder, which can be used exclusively as a macro lens on a SLR camera. Its technical characteristics are the same, but the price for it is 4-5 times less than for the mirror version. The maximum focusing distance is up to 35 cm. That is, it will not be possible to fully use it, it will work in the macro range. There is a small drawback, it has an M39 threaded connection. So it will be necessary to look for a transition ring from m39 to m42.